The experiences and research of the SIRIUS team have yielded a comprehensive and well-structured overview of the integration policies that have been implemented across various European contexts. Such an invaluable tool supports the effort that policymakers have to do in understanding the particular barriers and enablers that exist in one context or another, or that have different impacts at individual level. The complexity of policymaking on the topic of integration of migrants on the labour market, in an European landscape with porous borders and cross-national interlinkages, cannot be understated, hence the need of local and national authorities to rely on stakeholders such as civil society organisations and researchers when deciding the best course of action.

The following resources provide a visual perspective over the most common challenges in the field of integration of migrants in the European labour markets while also highlighting ways in which these can be tackled by national and local policymakers. Each resource reflects the national context associated with it, but it can serve as a best practice example to be adapted according to where it would be implemented.

Respect to the multi-faceted diversity that characterizes each person, whether native to the country or with a migrant background, has been an element that underpinned many of the best practices identified by the SIRIUS project partners. This is particularly relevant for Finland and for its individual integration plans system. The infographic and the video produced by the Finnish project partners, the University of Jyväskylä, provide all actors with an overview of the way the individual integration plans operate while also providing a blueprint for policymakers to improve this within Finland or to use this method in other contexts, bearing in mind the required adaptations.

The Danish policymakers have shifted their approach, discouraging migrants and refugees from arriving in Denmark. The pre-emptory response to migrants' arrivals is coupled with a promotion of employment-at-all-costs for newcomers who already in Denmark, effectively ignoring what jobs could be appropriate for each newcomer based on their qualifications.

This is shared by Lilas, a Syrian refugee who now works as a journalist in Denmark. Lilas is a true inspiration as she explains the many hurdles she experienced in Denmark, highlighting the importance of being able to develop a network of contacts in order to succeed in Denmark. The discrimination she experienced as a refugee, but also as a woman, reveal the further barriers which the Danish system needs to correct if it is to ensure that the newcomers can reach fulfillment while enriching the Danish society.

Building upon the SIRIUS research on the barriers and enablers to migrants' integration on the labour market in the Czech Republic, Charles University has explored the successful project of intercultural integration implemented by local authorities in the municipality of Brno. Listen to the testimonies of Community Experts and migrants advocating for comprehensive support provided to migrants and refugees arriving in Brno.

The following videos tell the stories of migrants, refugees but also long-term unemployed Greek citizens who were supported by SIRIUS Project partner, SolidarityNow, in finding employment, but most importantly in empowering them to integrate in the Greek society as a whole, by providing a network on which they could rely. Their testimonies are followed by a video detailing the first Job Fair organised by SolidarityNow in Thessaloniki, in the framework of the SIRIUS project. This opened up a way for migrants, refugees and asylum seekers to discuss with representatives of organisations on labour issues, ensuring that their voice is heard in the effort of achieving equal access to the labour market and equal opportunities.

In Italy, the reception system for MRAs used to be based on three phases of assistance. Following legal and policy shifts in 2017-2018, the system was reformed to make a clear distinction between asylum-seekers and refugees. The former were left out of the second-tier integration support which became exclusive to refugees and unaccompanied minors. Concurrently, the funding and missions of the first tier reception centers shrank dramatically, jeopardizing asylum-seekers’ perspectives of successful integration.

Based on the SIRIUS research on MRAs' integration in Italy, the University of Florence analyzes the changing legal and policy environment over the past years and presents the SPRAR/SIPROIMI projects making up the second-tier system. Find out below how cooperation between different stakeholders emerged as one of the best practices to promote general and employment integration support.

Researchers from the University of Parma, Italy present an overview of the U.K.’s immigration policies and the challenges faced by migrants, refugees and asylum-seekers in their British labour market integration. The evidence suggests a very restrictive and bureaucratic system, overall unadapted to both MRAs’ needs and the U.K.'s labour market needs. The video also outlines the aggravating impact of the Covid-19 pandemic, shedding light on its gendered dimension and the unequal strains put on migrant men and women.

In the upcoming months, the SIRIUS project will launch a series of policy toolkits to support the integration of migrants, refugees and asylum seekers in the European labour markets 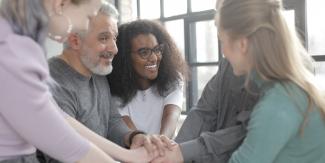 The New Pact on Migration and Asylum, and the Action Plan on Integration and Inclusion 2021-2027 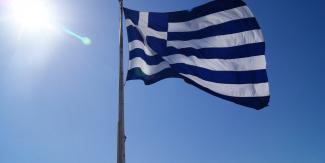 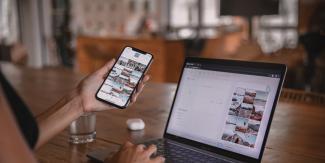 A succes story: a serious game to prepare newcomers!