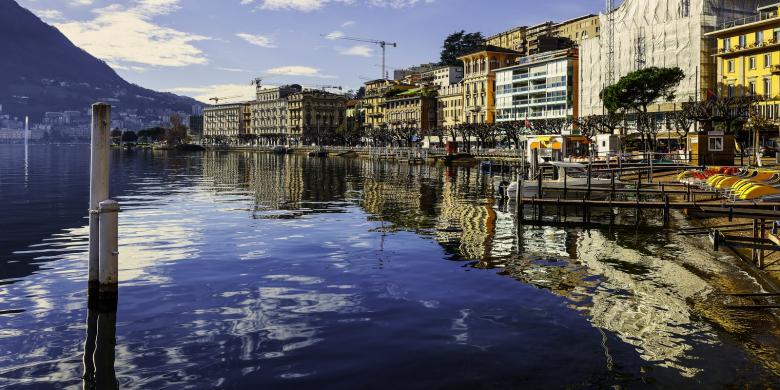 Switzerland is widely recognised as a country of immigration; historically, immigration has played an important role in the Swiss economy. In 2013, one third of the people living in the country were either immigrants or had an ‘immigration background’ through one of their parents (FSO, 2015). Examining the history of immigration to Switzerland reveals that the country has driven active economic recruitment policies, opening doors to foreign labour forces when needed while being quite restrictive in its integration and naturalization policies.

However, the legal framework of immigration and asylum in Switzerland faces important changes today. This reflects the conflicting forces that pull legislators towards responding to the popular will on the one hand and advancing Swiss economic needs on the other. Indeed, legislators try to take into account the willingness of one part of the population to restrict foreign nationals’ admission to the country and its labour market, without closing doors to foreign recruitment or foreign nationals already present in the country who could be recruited to sectors where labour is needed.

Today, one third of nationals who migrate to Switzerland for family reunification, education or asylum application represent, collectively, an important part of the immigrating population. Thus, changes in the legislation also show the willingness of legislators to ensure the better integration of migrants, refugees and asylum-seekers more specifically into the labour market.

The implementation of art. 121a Cst. on control of immigration – which crucially had to come into force following the acceptance of the initiative against mass immigration – is a good example of the strategy adopted by legislators to implement the popular will while still accounting for economic needs. The article in the Federal Act on Foreign Nationals that implements art. 121a Cst. places refugees and temporarily admitted persons in the category of a ‘native workforce’ that ought, from a legal point of view, to be considered as having priority access to the labour market. The implementation of art.121a Cst. on the control of immigration thus also facilitates labour market integration of these groups of the population.

Other amendments and revisions of the foreigners and asylum legislation reflect the willingness of the authorities to foster the integration of certain groups of immigrants into the labour market. This is represented by adapting the laws and policies concerning migrants who are likely to stay and that entail a cost to society in case of unemployment. Some of those amendments have already entered into force, others will come into effect soon. Through the amendment process, certain administrative barriers have been removed or simplified and should facilitate the integration of immigrants and foreigners under the asylum framework into the Swiss labour market. For example: the abolishment of the 10% special tax that working asylum-seekers and temporary admitted foreigners without asylum recognition were required to pay and the replacement of the employer’s request by a simple announcement. Although these changes will probably contribute to tackling existing challenges, certain administrative barriers raised by the legislation remaining alongside new barriers currently being raised.

For example, third country nationals still face a range of difficulties in terms of obtaining a job and integrating into the Swiss labour market on a longer-term basis. This stands, even though they are legally entitled to engage in gainful employment independently of whether they administratively immigrated for gainful employment or not.

The unstable character of certain statuses remains an important obstacle. On this point, it is important to note that, although political efforts have been made, there appears to be a lack of political will to change the legal terminology of ‘temporarily admitted persons’. Other statuses granting short stay permits that need to be renewed, even if more stable, can also have a dissuasive effect on potential employers. Next to that, time-limited authorizations have an impact on personal investment in a long-term professional project from the foreign national’s side.

In light of the above, the Swiss legislation allows more stability to the foreign national only when he/she is granted a long-term residence permit (C permit).  But this status is reserved to foreign nationals that have lived in the country for more than 10 years (or five years under certain conditions) and that fulfil a range of criteria, such as not being dependent on social assistance and being well integrated.

Depending on the type of permit, geographical and professional mobility can be allowed or not. This impact on the professional integration of foreign nationals. Since permits are linked to the cantons, third-country nationals with short stay permits, willing to change their canton of residence, must request a new permit to the new canton. This can be seen as an obstacle when looking for new work positions in other cantons. Foreign nationals who have been granted a short stay permit with gainful employment can take advantage of professional mobility only under certain conditions and by passing through a new administrative process.

In general terms, the fact that in many cases the employer must still submit a request to the cantonal authorities for the authorization of foreigners with certain status, and the administrative charge resulting from it, can also have a dissuasive effect for him/her. Although more and more employers are now used to submitting those requests and, even if in the cases of recognized refugees and provisionally admitted persons for which requests will be replaced by a simple announcement as of 1 January 2019, this represents another barrier to overcome.

The recognition of qualifications also continues to be an obstacle to overcome, as shown by the over-qualification rates. Skills acquired in third-countries are often considered as lower. This makes granting an equivalence diploma more difficult. Additionally, for persons under the asylum framework who had to flee their countries, it is often difficult to obtain the documents that certify their diploma or experience (Sandoz, 2016). As stated by the FCM (2016), besides the diploma and professional certificates, informal skills need also to be considered. It is, therefore, important to validate and assess practical skills to complete the current system of diploma recognition (Release FCM, 2016).

The review of the legal framework on immigration sheds light on the key role of integration, not only when discussing the potential of professional integration but also as a condition in cases of granting residence permit or extensions. Indeed, integration as ''a requirement'' and integration as ''a process to be promoted'' are also increasingly established in the Swiss legislation. On one hand, the more specific definition of the criteria to assess integration concerning in particular residence permit extensions, permanent residence permits and Swiss citizenship show the willingness of the authorities to ensure that persons are more likely to be integrated. On the other hand, the provisions on financing integration through the development of cantonal programmes attest further to the willingness to foster and promote integration even more.

Even though the integration legislation is in constant evolution, a more accurate definition of the concept and its objectives could help the actual integration of foreign third-country nationals and thereby, their integration into the labour market. The reform of the foreigners’ legislation provides already more specific criteria to assess the integration required for permits to be granted. As a result, one of the main criteria to assess the integration as a requirement for being granted authorizations or extensions continues to be the knowledge of the local language and the new provisions of the FNA provide more details on the levels required. However, the fact that a foreign national does not have the minimum level of knowledge of the local language is not a sufficient argument to prove the non-integration of this person (OSAR, 2018). Indeed, when considering other factors, a person can be integrated but not have the sufficient level of local language requested. On another note, even though the legal framework for the promotion of integration has also been developed, certain groups of population are not entitled to benefit from integration programs from their first day of presence in Switzerland. Integration is in fact aimed only at “foreign nationals who are lawful residents in Switzerland for the longer term”. This provision excludes, therefore, asylum-seekers and irregular migrants. This is the case even though the stability of the protection rate shows that significant numbers of asylum seekers are likely to stay in Switzerland (Kurt, 2017). Generally, as pointed out by the Federal Commission of Migration and the civil society, integration should be considered as a “dynamic and reciprocal process that requires the involvement of the foreign population and its hosting society. Thus, the whole society should be responsible for the foreign nationals’ integration and this cannot be reduced to a simple measuring instrument” (OSAR, 2018 p.4).

Finally, regarding the working conditions of migrants, refugees and asylum-seekers, the legislation provides for the same rights to foreign nationals as it does for nationals, once they are entitled to work. However, a general juridical framework to protect persons with an immigration background from discrimination is still missing. Despite the fact that Switzerland has ratified the discrimination (employment and occupation) convention, 1958 (N°111), the country does not have a general juridical guarantee to give access to the labour market, contrary to EU member states that modified their legislation in accordance with the 2000/43 directive, introducing global protection against discrimination (SCHR, 2013).

If you want to know more about Switzerland legal framework for the integration of migrants, refugees and asylum applicants into labour markets, please have a look here at Switzerland Chapter in our WP2 Report (pp. 371- 438).

Authors of the Switzerland Chapter are Paula Moreno Russi and Ophelia Nicole-Berva – University of Geneva - Institute of Citizenship Studies (InCite). 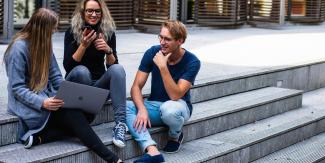 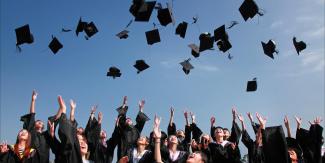