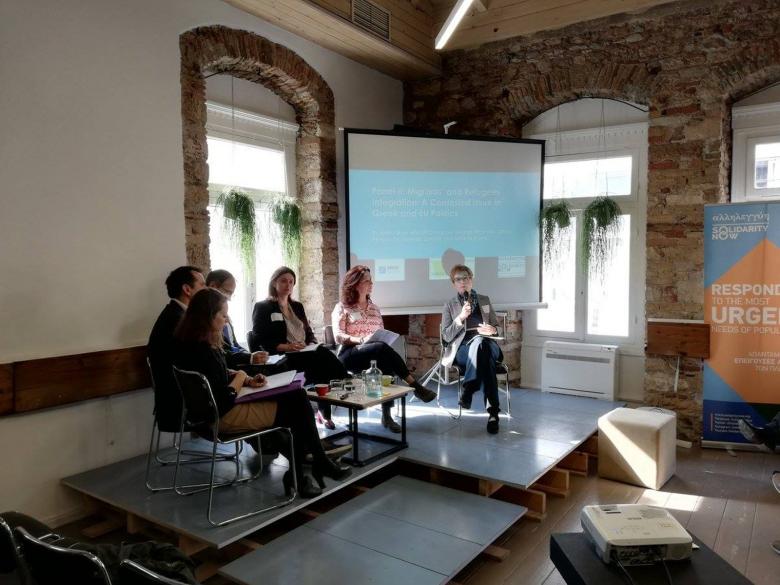 The first SIRIUS policy dialogue workshop Integration of Migrants and Refugees: a contested issue in domestic and EU politics and how to address it was held in Athens on Friday 9 November. The SIRIUS consortium in collaboration with its partners, SolidarityNow and DIKITIO, convened different stakeholders to approach migration and asylum not only from a “border management” perspective but also from an integration one.

The day was kicked off by Antigone Lyberaki of SolidarityNow and Simone Baglioni of SIRIUS. They introduced Deborah Carlos Valencia of Melissa Network, who highlighted how important it is that migration and integration policies recognise the gender dimension to address specific challenges and vulnerabilities of women. Deborah also presented how Melissa’s activities promote at both the policy and operational levels the specific needs of women refugees.

The first session featured principal investigators of SIRIUS Project, Dr Konstatinos Konstantakis of NTUA and Dr Veronica Federico of UNIFI.  They provided an overview of the results of WP1 and WP2 (reports and policy brief available here). Konstantinos presented macro-economic findings concerning numbers, skills of migrants, refugees and asylum seekers and labour market needs, while Veronica provided a comparative overview of migration and labour integration law in the different SIRIUS countries. Konstantinos showed that, given the uneven economic and labour market landscapes across Europe, opportunities for the labour market integration of migrants, refugees and asylum seekers vary substantially among countries. The key takeaway is that additional efforts are required from the EU and its Member States to better coordinate respective countries’ labour needs. Veronica explored the differences among countries in relation to legislation, rights and entitlement of migrants, refugees and asylum seekers in the policy-domain of labour. She emphasized that the complexity of legal frameworks, combined with hierarchy among migrants, that the legal frameworks develop, contributes to the narrowing access in SIRIUS countries. 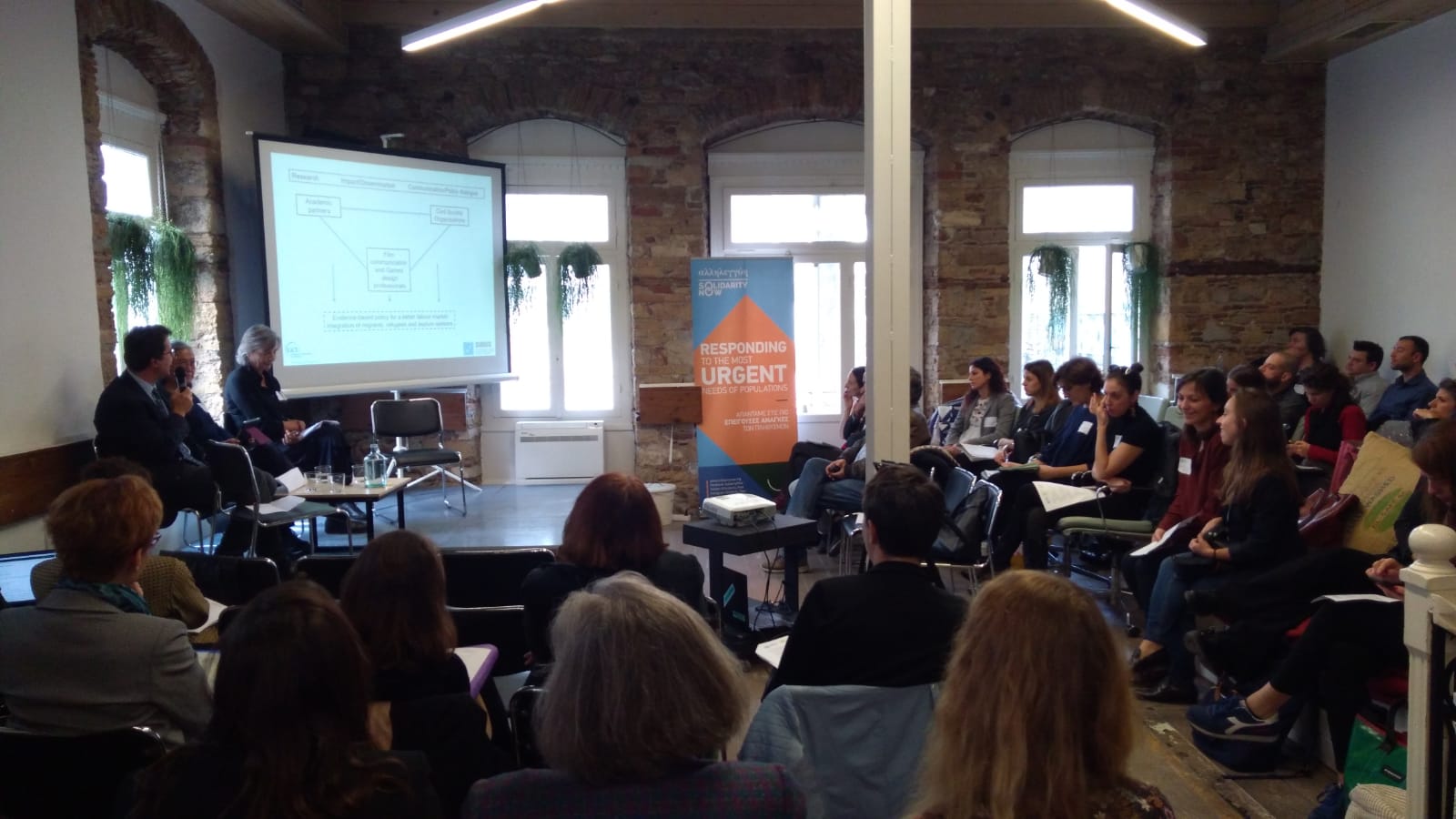 The second panel focused specifically on Greece. Dr Maria Mexi introduced the discussion by stressing its timeliness given the EU and National elections, as migration remains the central agenda priority across the spectrum. Representatives of PES Women (The Party of European Socialists), the Municipalities of Athens and Thessaloniki, To Potami (a central and socialist-liberal political party in Greece) and DG Home of the European Commission discussed the challenges of integration of migrants, refugees and asylum seekers in Greece. The speakers agreed that when it comes to migration, widespread socio-political polarisation set limitations to policymaking. Migration flows is a European issue, requiring common European policies and best practices in a wider level than the national one and certainly not retrenchment into national borders, which at the end of the day triggers populist solutions. It was highlighted that given the extent to which migration defines the debate between liberal and illiberal democracy, it is fundamental to secure that conspiracy rhetoric and nationalist cries do not set the agenda of the public discourse. Employment was highlighted as conditio sine qua non for integration alongside education, skills and qualification recognition. However, the lack of political will in the Greek context threatens the possibility of focusing on integration and instead only promotes a short-term emergency response. The necessary role of the EU to support Greece and the other “first destination” countries was identified as fundamental and the representatives all emphasised the need for a better functioning common asylum system. The EU Commission representative stated their willingness to promote inclusion also through funding tools which will move the leverage from NGOs to the local level with configuring policies. The Municipality representatives, pressed that they also have a fundamental role in addressing and implementing integration, but are often placed in an institutional vacuum. Both Athens and Thessalonki shared examples of locally-initiated plans and programs for emergency situations and integration. The key takeaways for the Greek context were that integration and inclusion should be designed based on the fact that Greece is a transit country and that services and infrastructure should be accessible to all citizens and not only migrants if we want to promote an effective integration. 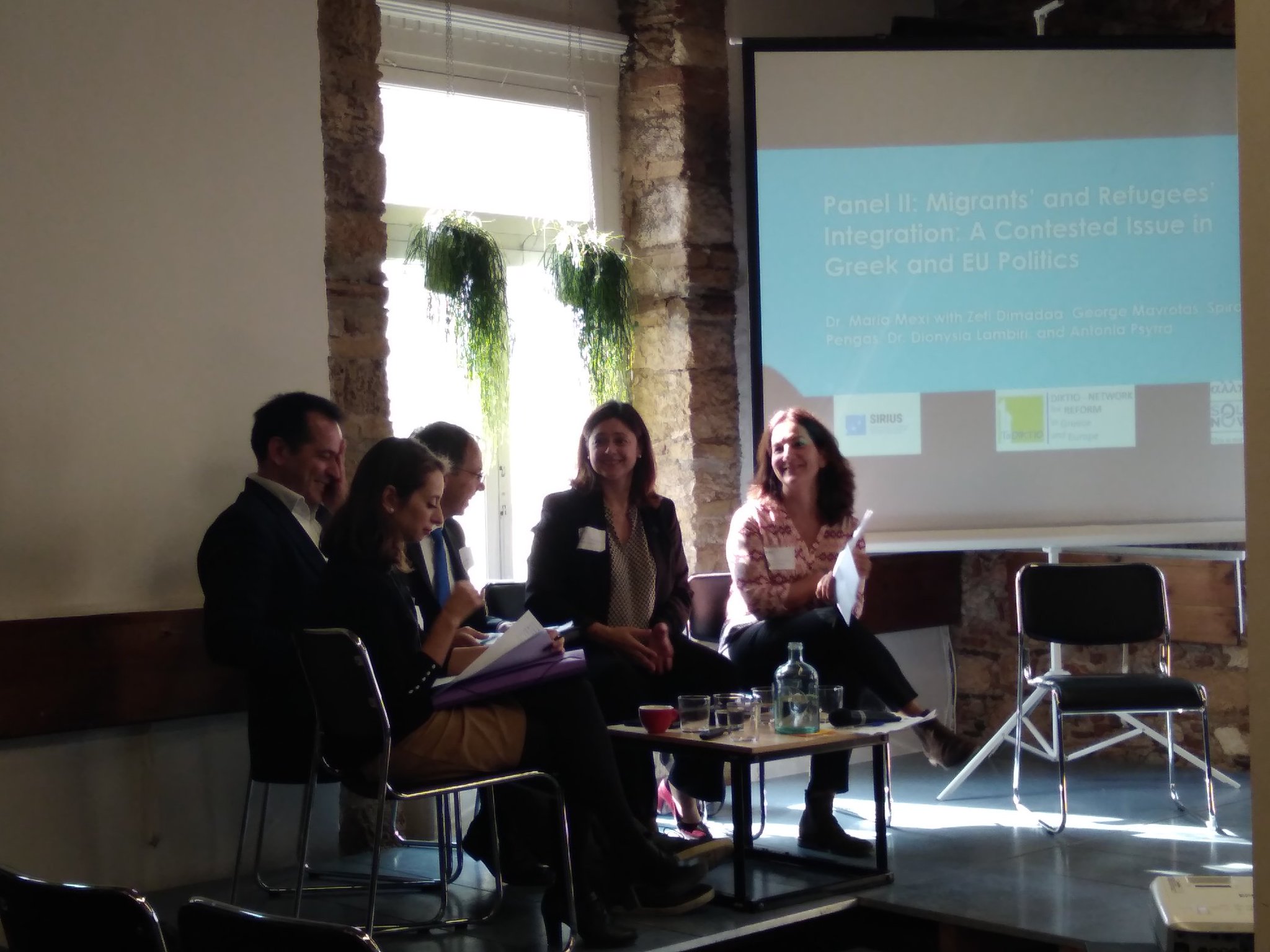 The day closed with a panel of best practices of inclusion of migrants, refugees and asylum seekers into the labour market. Case studies in Germany, Northern Ireland and Spain, were presented by Dr Monika Gonser, Dr Ulrike Vieten and Federica Rosato, respectively. Research and practices conducted in for profit companies, non-profit organisations and public sector were presented by the researchers, identifying the barriers and enablers of integration. The key takeaways messages were that education and employability programs are important to support an effective integration of migrants, refugees and asylum seekers into labour markets. Moreover, it is important to develop methods to assess the skills profiles of newcomers if we want to develop a positive and long term inclusion and integration. 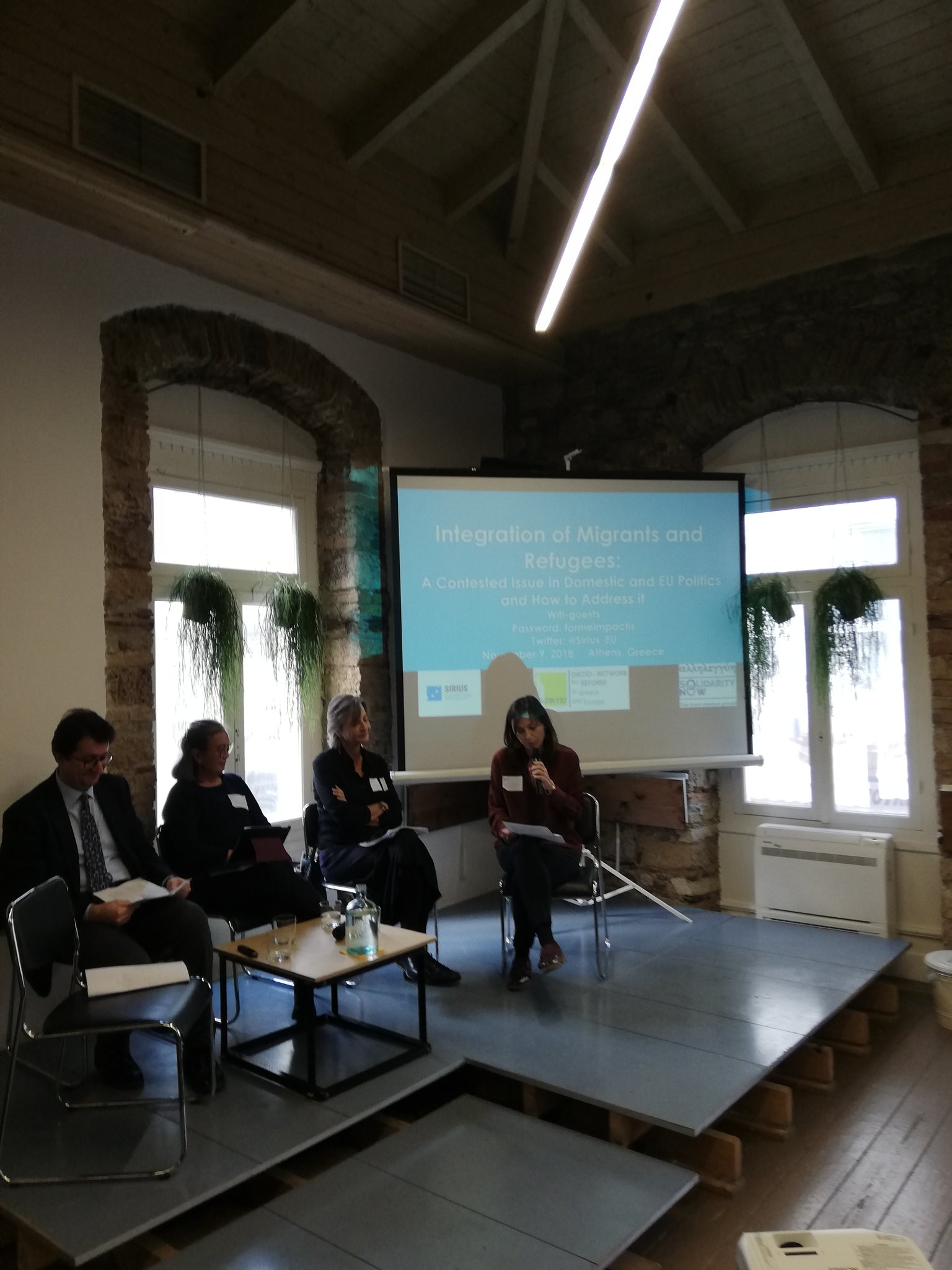