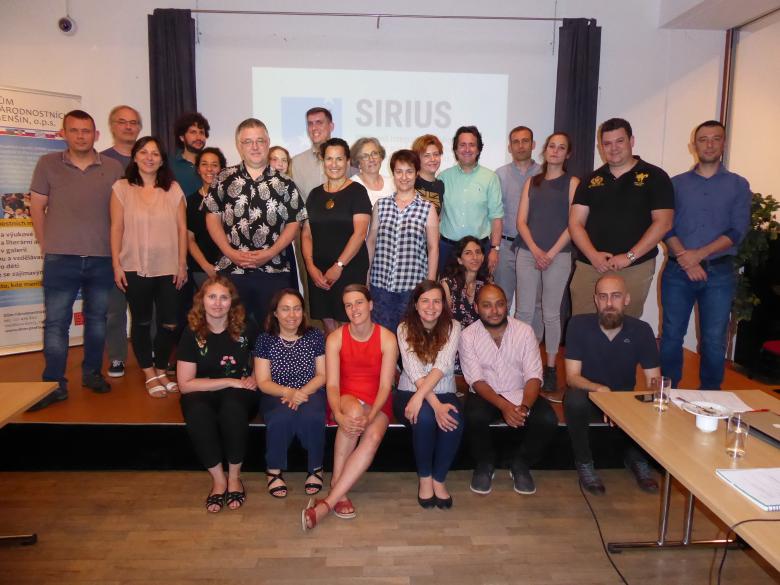 Between the 20th and 21st of June, all 11 partners of the SIRIUS Project met in Prague. We discussed preliminary findings of the WP1 and WP2. Results will be available soon on the website and widely communicated through a specific policy brief at the end of August.

During the meeting the guidelines of Work Packages 3 have been finalised. In the next research phase, we will identify and assess policy factors facilitating or hindering the access and integration of post-2014 migrants, including asylum seekers and refugees into the labour market have been discussed among partners.

The Communication and Dissemination plan that outlines how we will communicate our findings to the benefit of the public, organisations, policy makers, and other researchers have been presented alongside the Data Management Plan which ensures that all data collected is kept safe and that it follows the new GDPR.

During the metting, Michelle Pace and Somdeep Sen of Roskilde University, showed their recently published book, called Syrian Refugee Children in the Middle East and Europe: Integrating the Young and Exiled.

At the end of the meeting, Charles University organised a public event to explore issues of integration of migrants into Czech Republic labour markers. Marek Čaněk, Marta Lopatková, Tereza Freidingerová presented their research on the topic of Current issues of labour migration in the Czech Republic.

If you want to know more about the results and future events of our project, please continue to follow our news page.