Contemporary societies are unavoidably “multicultural societies”, which means that diverse social groups – characterised by different values, traditions, language, legal norms, religions – coexist in the same national territory. Governing such a social, political and economic diversity is one of the most compelling challenges of our time. Contemporary migration flows contribute making this challenge even engaging because on the one hand they increase critical diversity, and on the other they feed political discourses exasperating xenophobia and the “Europe first” narrative.

To equip student with critical insights and an evidence-based understanding of these phenomena, the UNIFI Research Units of Respond and SIRIUS organised a new module for the BA degree in Political Science at the University of Florence in the academic year 2018/2019 titling “Paths of integration in the contemporary society”. The module included both lecture on integration models and a Seminar Series, with the involvement of scholars and practitioners in the field of migration studies.

These activities aimed to discuss, in an interdisciplinary and comparative perspective, the legal policy framework of integration in a number of paradigmatic experiences, with a special focus on Italy. Understanding and critically analysing European contemporary societies’ main tools and strategies of integration (e.g.: language and civic courses) as well as the intertwine between the evolution of the international protection regimes for refugees and asylum seekers and the integration strategies were at the heart of the course objective.

Italy is undergoing a phase of relevant transformations of the processes of migration governance. Similarly to other European countries affected by the economic crisis, and in line with the overall global trend, the Italian debate has been characterised by a growing polarisation of the political discourse concerning the integration and migration dynamics. Especially during the pre-electoral periods, some political parties endorse the “Italian first” argument, which entails the progressive borders’ closure and securitization and the reduction of migrants’ welfare rights. In this atmosphere, after the general election of March 2018, the new Cabinet introduced measures to reduce new arrivals and contain irregular immigration (Decree law no. 113/2018, converted into Law no. 132/2018). These provisions have also reorganised the national protection regime, abolishing the humanitarian protection, that was the domestic status granted to foreigners who did not meet the requirements for the international and subsidiary protection, but whose conditions, nonetheless, required protection. A new and much tighter status, the “special protection”, has been created to accommodate very specific cases; asylum seekers’ benefits have been reduced and there has been much emphasis on repatriation measures. 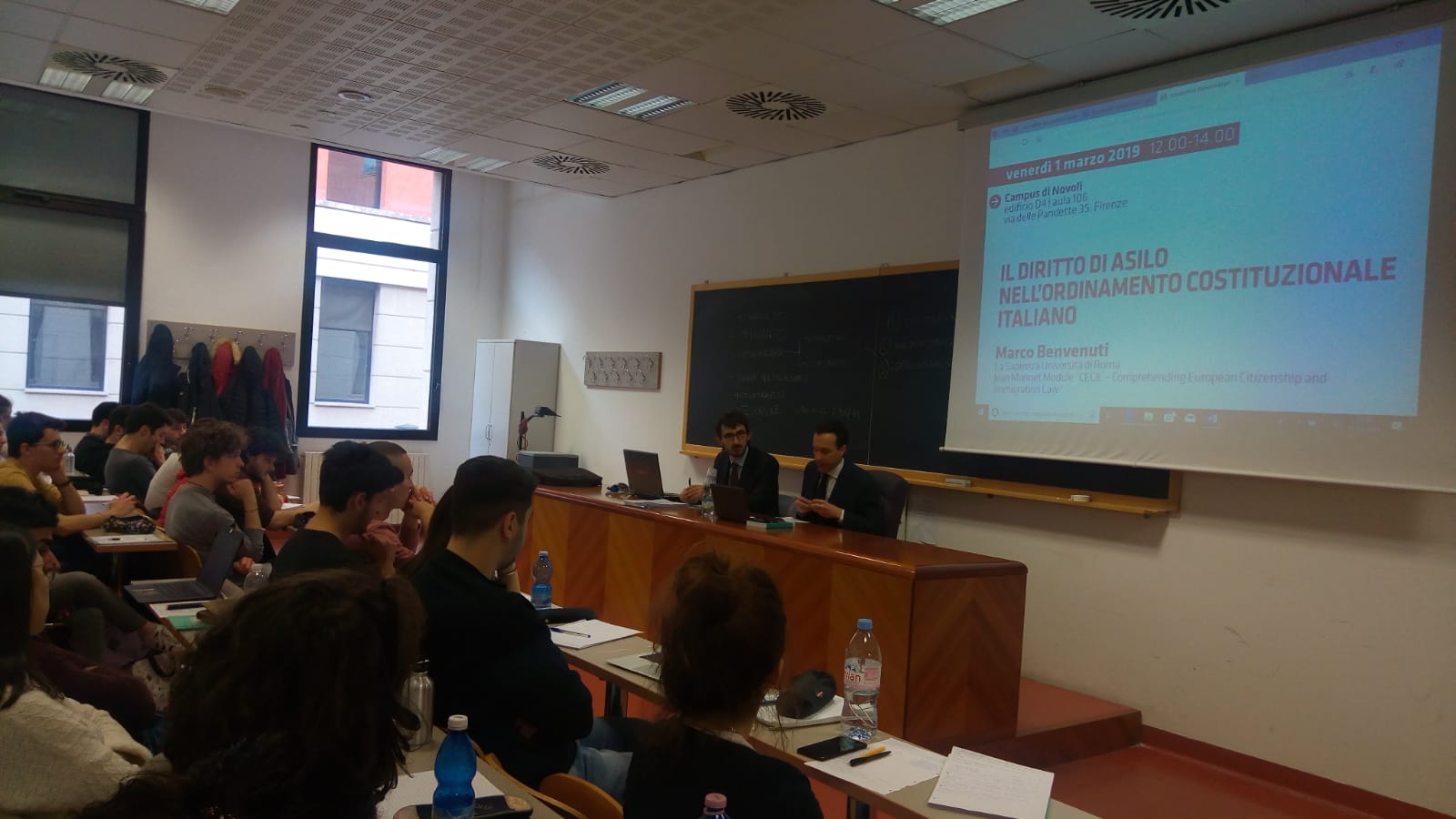 In the first seminar, organized in cooperation with the Jean Monnet Module “CECIL – Comprehending European Citizenship and Immigration Law”, Professor Marco Benvenuti (Sapienza University, Rome) discussed the evolution of the right of asylum in the Italian constitutional system. Although a specific framework law on asylum, as implicitly required by article 10, par. 3 of the Constitution, is still missing, Professor Benvenuti stressed the hermeneutic potentialities of the constitutional provision itself, that can produce significant effects, even in the absence of an implementation law. The Constitution recognizes the right of asylum for each foreigner who, in her/his country, is denied the actual exercise of the democratic freedoms established by the Italian Constitution. In particular, Professor Benvenuti argued that, according to a sound constitutional interpretation of the decree law 113/2018,  the abolition of the humanitarian protection could be compensated by a simple and direct application of the constitutional right of asylum by judges and administrations. 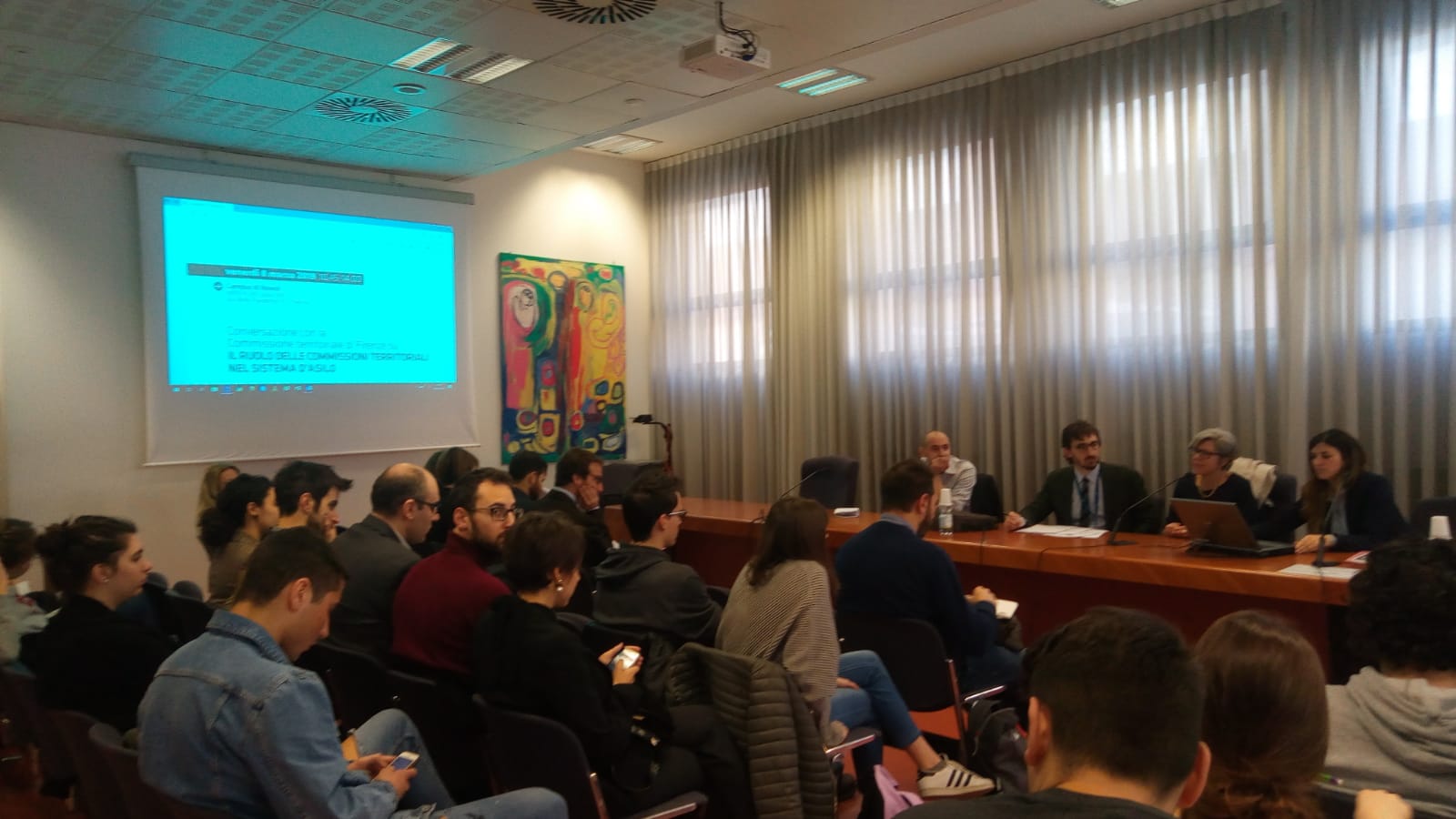 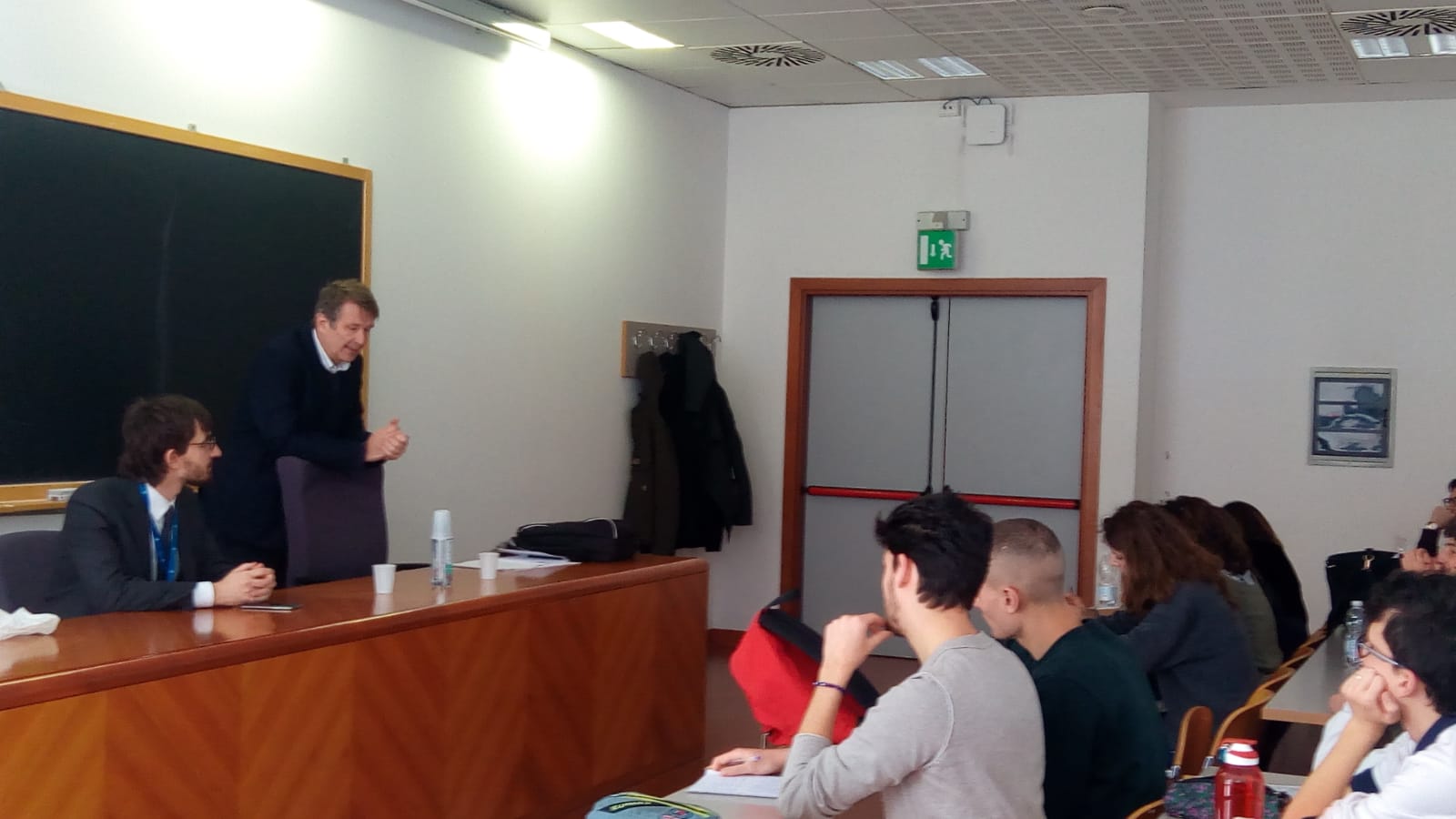 In the last seminar (“Integration policies between soft law and best practices”) Professor Nadan Petrovic (Sapienza University, Rome) analysed the multilevel governance of integration in Italy and European Union. In particular, Professor Petrovic highlighted the importance of sub-national authorities and the growing role of the soft law sources (e.g. the strategic plans of citizenship and integration experimented in some European countries) in integration mechanisms. Professor Petrovic explored also the functioning of the National system of protection for asylum seekers and refugees (SPRAR), that is the second level reception system (that is after reception centres) which in Italy offers an integrated accommodation and a broad range of services (including legal counselling, cultural mediation, teaching of the language, psychological support and health assistance, etc.).

The main goal of this module introduced by the Cesare Alfieri School of Political Science has been to provide students with some basic notions on integration policies and immigration law in a new “workshop style” teaching. Classes were based on the active engagement of the students. The last class was devoted to students’ presentations. Each group analysed, in a truly interdisciplinary approach, the paths, the tools and the strategies developed in one paradigmatic experience of integration (United States, France, Great Britain, Germany, Italy, Scandinavian countries, Canada, Spain, Portugal, Belgium, Hungary, Austria, Switzerland). They discussed the legislative framework, the policy measures and the practices entrenched in these countries to govern their multicultural societies, that is looking for a sound balance between the value of preserving the specificity of each cultures and the value of ensuring the compliance with the fundamental freedoms and rights, which are an essential component of contemporary pluralistic democracy.