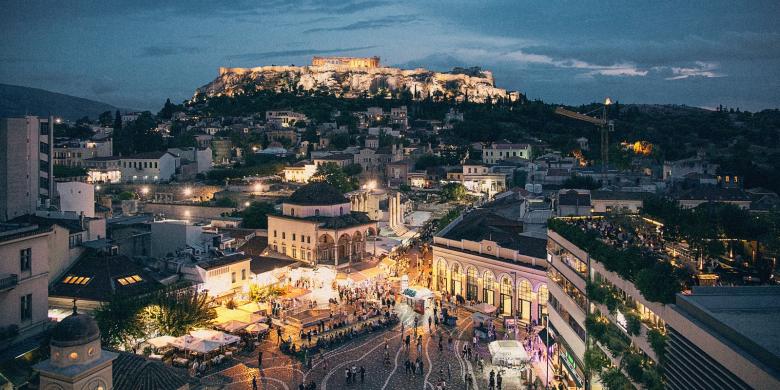 2014-2016 was a period of significant transformations in the migratory landscape of Greece. The overall migration crisis, mainly related to war refugees, has modified the role of Greece as a migrant-receiving country. Immigration, either in terms of transit or of settled immigrants, has become a major policy issue; additionally, it has mobilized national authorities, international bodies as well as formal and informal civil society organizations.

The Immigration and Social Integration Code (Law 4251/2014) that was voted in by parliament in April 2014 was the most significant development in managing migration over the period under consideration. The new Code aims to consolidate previous legislation – which was fragmented due to the various Presidential Decrees and Ministerial Decisions that were adopted from 2005 onwards – on the entry, residence and social integration of third-country nationals in Greece (Greek Parliament 2014; The Greek Ombudsman 2015a.). It also transposes into national law the relevant EU directives on various aspects, such as the migration of researchers and students, family reunification and the Blue Card directive (Tryandafillidou 2015). The modifications that were introduced aim to simplify the procedures, revise the terms for access to the labour market, encourage investment by third-country nationals, modify the terms and conditions for granting long-term residence permits, and ensure the legal stay of the second generation of third-country migrants.

Changes in the legislation on asylum over the period under consideration were mainly related to four distinct developments: a) the increase in (sea) refugee flows; b) the closure of the so-called Balkan route in March 2016; c) the EU-Turkey agreement also in March 2016; and d) the transposition into Greek law of the EU Directive (2013/32/EU) on common procedures for granting and withdrawing international protection. Those developments resulted in new asylum legislation, in particular Law 4375/2016, adopted in April 2016 and amended in June 2016 (Law 4399/2016, Article 86).This law aimed to implement the aforementioned EU-Turkey deal and the recast Asylum Procedures Directive (AIDA 2016; Greek Parliament 2016). Through various provisions, the new asylum legislation reforms reception and asylum procedures, introduces a special regime applicable at border areas, regulates the backlog of cases (in particular those of the “old regime”), restructures the Appeals Committees and regulates matters relating to beneficiaries of international protection. A main aspect of the implementation of the new legislation is the different asylum procedures for those applicants who arrive in Greece after 20 March 2016 as compared to those who were relocated to the mainland and had reached the country before this date (Koulocheris 2017; GCR 2016a). An additional aspect of new legislation is related to the EU-Turkey agreement. This agreement has been criticized for being legally problematic, impractical to implement, and in contravention of refugee law (Amnesty International 2017, Kourachanis 2018). The deal, without being a convention of the Union with a third country, from a legal aspect, introduced a host of derogations from the EU regulatory framework (The Greek Ombudsman 2017). It was also seen as unclear on how individual needs for international protection would be fairly assessed during the mass expulsions (Amnesty International 2017). Indeed, Turkey has ratified the 1951 Refugee Convention, but only by applying a geographical limitation whereby only Europeans can be granted refugee status in the country, making the EU’s recognition of Turkey as a safe third country rather problematic (Spyropoulou and Christopoulos 2016). At the same time, the scope for establishing “safe areas”, in the current situation, seems to be unrealistic.

As for the integration into the labour market, the economic recession in relation to the subsequent changes in the labour market, to legislative initiatives aiming to offer the possibility to regain legal status for illegal migrants and to a more effective management of asylum procedures, have led to the following paradox: there is a trend towards a greater convergence of the labour relations of Greek workers with those of migrants, asylum seekers and refugees than in the past. However, this trend is not necessarily due to any improvement in the working conditions of foreign workers. On the contrary, it is the shrinking of the labour rights and the deregulation of the labour market that have exacerbated the working conditions of Greek citizens. As a result, there is a kind of convergence of common labour law with migration law, in a downward spiral (Kapsalis 2018a).

The period 2014-2016 was also characterized by changes in the national legal framework in relation to certain Fundamental Conventions, in particular the Forced Labour Convention, 1930 (No. 29, ratified by Law 2079/1952), the Right to Organise and Collective Bargaining Convention, 1949 (No. 98, ratified by Law 4205/1961), the Equal Remuneration Convention, 1951 (No. 100, ratified by Law 46/1975), the Discrimination (Employment and Occupation) Convention, 1958 (No. 111, ratified by Law 1424/1984), and the Worst Forms of Child Labour Convention, 1999 (No. 182, ratified by Law 2918/2001). However, the implementation and effective application of new legislative initiatives must undoubtedly be seen in the context of the measures deriving from the stability programmes and the obligations contained in the country’s memorandums of understanding as well as the persistence of high levels of unemployment. In that respect, austerity measures and the subsequent legislative framework have had an impact on the promotion of collective bargaining. According to the existing legislative framework (Law 3845/2010 and Law 4024/2011) “the clauses of professional and enterprise collective agreements can deviate from the relevant clauses of sectoral and general national agreements, and the clauses of sectoral collective agreements can deviate from the relevant clauses of national general collective agreements” (CEACR 2018). In this respect, several concerns have been expressed (CEACR 2018; ILO 2011 and 2014) regarding the implementation of these Acts, since the high share of small enterprises in the country’s labour market carries a risk that is detrimental to the foundations of collective bargaining in Greece. There can be no doubt that the way in which collective bargaining is evolving in Greece is a source of concern. Indeed, whereas in 2009, 85% of employees were covered by collective agreements, the corresponding figure for 2016 was estimated only at 10-20% (ILO 2017). Despite the initiatives of the government elected in January 2015, and the corresponding amendments aiming at safeguarding all the terms of expired collective agreements (Law 4331/2015), the third loan agreement and the ensuing Law 4336/2015 led to the abolition of these amendments (Koukiadaki and Grimshaw 2016). In practice, austerity measures and structural labour market reforms have led to the absence of union organization at company level and to the low incidence of company level bargaining (Koukiadaki and Grimshaw 2016) which in turn increase the risk of transforming the pre-crisis Greek system of collective bargaining into a kind of model of absent or single-employer bargaining. In addition, these developments in collective bargaining risk further increasing forms of exploitation in employment against migrants, refugees and asylum seekers.

Policy recommendations may contain a valuable assessment of austerity measures. These measures, as well as structural reforms, have been implemented without any evaluation of their impact on fundamental labour rights (CEACR 2018; Kouzis 2016; Koukiadaki and Grimshaw 2016), in particular for vulnerable groups such as migrants, refugees and asylum seekers who are at risk of being more greatly affected by economic recession and the labour market ‘reforms’ package of the Greek bailout agreements (Maroukis 2016). This will allow for an effective monitoring of wage differentials between migrants and natives, working migrants at risk of discrimination, as well of practices related to migrant representation in collective bargaining. In addition, this assessment will be a valuable input when addressing the segmented landscape of the Greek labour market, which has become more complex during the economic crisis, as well as the risk of normalizing the trafficking of people for the purposes of labour exploitation (Maroukis 2016) and the transition towards an absent or single-employer bargaining model.

Recommendations may also be made for elaborate measures as regards the identification, protection, support and compensation of victims, in order to prevent trafficking in persons and to better assess the legal proceedings initiated in accordance with the Penal Code for criminalizing trafficking in human beings for labour and for sexual exploitation in the context of the Forced Labour Convention (CEACR 2017).

Special efforts must be undertaken for children at risk. Over the period 2014-2016, three main groups were considered as being the most vulnerable: a) street children; b) unaccompanied minors; and c) Roma children. A number of initiatives has been undertaken, such as the Mobile School Programme for street children (PRAKSIS 2016), the creation of centres for unaccompanied minors in collaboration with the IOM, and the implementation of the “Education Roma Children” project in the so-called Education Priority Zones. Despite the initiatives undertaken, which are related to the Worst Forms of Child Labour Convention, it is worth noting that there is still a need for further specifications on measures to monitor and combat child pornography through the Internet and on information regarding the number of street children who have benefited from the Mobile School Programme as well as the number of children who have been withdrawn from the streets (CEACR 2016). In addition, there is still room for improving the conditions in which unaccompanied minors find themselves in the accommodation centres (United Nations 2016) and for further facilitating the access of Roma children to free basic education (ECRI 2015, The Greek Ombudsman 2016; 2015d) through a more concrete national strategy closely coordinated with regional and local authorities.

If you want to know more about Greece Legal framework for the integration of migrants, refugees and asylum applicants into labour markets, please have a look here at our Greece Chapter in our WP2 Report (pp. 243-302).