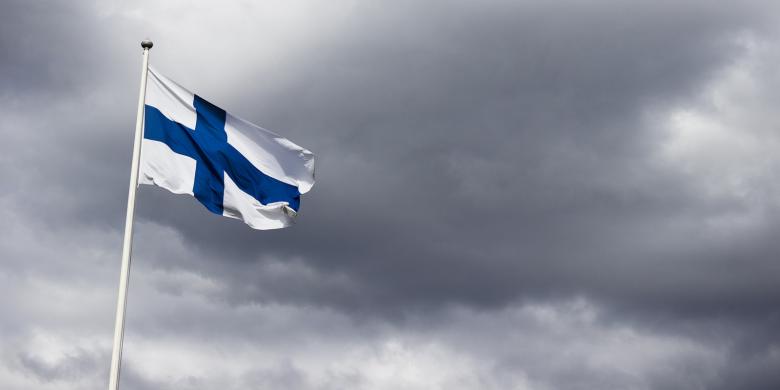 Finland only became a country of net migration in the 1990s. Up until this time, there were more people migrating out of Finland than migrating to Finland. This is also reflected in the fact that most immigration related legislation and regulations date from the 1990s. Finnish legislation on immigration can be characterized by a rather late awakening to the requirements of democratic principles and human right concerns. Nowadays, legislation however reflects modern standards and a pragmatic approach to the needs of society (Nykänen et al., 2012, p.20).

As a member of the EU, Finnish immigration law and policy must be in accordance with European Union law. Finnish compliance with EU regulation is described by the expert interviewees as “responsible” and in compliance with international and EU standards regarding migration and labour. At times differences however come up, which have to be levigated. In a recent case, the Court of Justice of the European Union (CJEU) found a discrepancy between Finnish immigration law and EU law, regarding the rights of asylum seekers arriving as minors.  The CJEU ruled that according to EU law, asylum seekers who have arrived as minors must retain their right to family reunification even if they turn 18 years old during the asylum processing. The application of Finnish migration law was not compliant with this requirement, and the Finnish Immigration Service has had to change to change it, to comply with the Court of Justice of the European Union´s decision. This reflects the supremacy of EU legislation over national legislation.

The Finnish legal framework concerning migrants, refugees and asylum seeker is for most parts functioning and up to date. The two central acts are the Aliens Act (FINLEX 301/2004) and the Act on the Promotion of Immigrant Integration (FINLEX 1386/2010). The Aliens act functions as the backbone of the general regulation of immigration into Finland and the Act on the Promotion of Immigrant Integration sets the framework for migrant integration in Finland. There are various integration policy tools which have been tired, some more effective than others; as a result of periodic reassessment, integration law has changed over time. These changes, however, occurred prior to the recent wave of asylum seekers and the increased number of asylum seekers coming to Finland since 2015 has not caused major changes in legislation regarding migration and integration. However, the interpretation of migrant legislation in policy practice seems to have somewhat tightened, possibly do to increasing public scepticism about migration. The integration act is currently under revision to meet the needs of the coming Health, social services and regional government reform.

A cornerstone of Finland’s labour market legislation regarding migrants, supported by the prevalence of extended collective agreements, is that when work is done in Finland, the same laws and labour agreements apply to both Finnish and foreign employees (even when these foreign employees work for an employer that has not signed Finnish labour agreements).  Although labour market integration has not always been successful, some good practise can be identified: based on earlier research (see Sarvimäki & Hämäläinen, 2016; Hämäläinen & Sarvimäki, 2008), the reforms that the integration legislation, adopted in the end of the 1990´s, brought seem to have had a positive effect on the labour market integration of migrants. Researchers have attributed the enhancements to the more efficient use of existing resources, since it did not bring any new funds for active labour market policies. Especially the individual integration plans are of interest and could also be considered as a possible policy recommendation for other countries. The integration plans have increased participation and they have decreased the use of social benefits.

Although there may be some aspects of the Finnish legislation (e.g. the availability tests*) that may at times hinder the labour market integration of some migrants it seems that other factors in society may have a larger role in this. Despite the legal framework which on the surface takes equality and prohibition of discrimination seriously, the reality does not always conform to this idea. Although no singular major legal obstacles for the integration of migrants into the labour market were identified, labour market discrimination persists. The reasons for this, however, are not likely to be found in an analysis of the legal framework.

Our analysis suggests that there do not seem to be many discrepancies between national legislation and practice. The expert interviewee Ville Punto however brought up that in some cases the intended purpose of migration law is no longer effective due to stricter interpretations of the law by policy actors. He notes that the immigration law in Finland is such that it leaves a lot of room for interpretation and discretion. During the latest “refugee crises” this discretion has according to him been used to push the application of the legislation into a stricter and more migration-restrictive direction. As an example he notes that it is very difficult to bring family members to Finland, if they are not a part of the nuclear family. Although the law offers a possibility to do this, and there are forms for this, in practice these applications very rarely go through.

Pirjatanniemi, who is a law professor from Åbo Akademi, also notes that the migration law leaves quite a lot of room for interpretations. However, it is difficult to prove that legislation is being interpreted more strictly than in the past; empirical research would be needed to make that case. An empirical pilot research by Åbo akademi, Institute for Human Rights at Åbo Akademi University and the Non-Discrimination Ombudsman found that there had been changes in the way decisions about international protection were made. The research focused on decisions made in 2015–2017 regarding the protection of 13-34 years old Iraqi nationals. According to the research, the decisions made by the Finnish Immigration Service on international protection became stricter during the researched period, not because of changes in the law but because rather due to interpretations made by the Finnish Migration Service. For more information please read Saarikkomäki et al., 2018. The Migration Service, however, denies that the legal protection of migrants has weakened, and asserts that their decisions have not been influenced by political pressure (Interview by the chief director of the Migration Institute Jaana Vuori for the newspaper Etelä-Suomen sanomat 22.3.2018). Since the project undertaken by the Åbo Akademi and partners was only a pilot research, this issue is something that should be looked at more specifically and comprehensively. The effect of political pressure is something that has been discussed increasingly since the recent increase in asylum applications, not just in Finland but in other European countries as well.

Likewise, Pirjatanniemi notes that the mechanisms of migration law and administration in Finland are “in order.” Finland is a strongly constitutional state that has law-abiding, independent and educated public officials. Issues regarding migration and migrant administration are discussed openly and critically. Open discussion also functions as an instrument of control since officials know they have to answer to civil society at large.

Finally, since migration legislation seems to be mostly up-to date, also according to the expert interviewees, it seems to be more important to research and possibly change the policies regarding how the legislation is actually implemented.

If you want to know more about Finland Legal framework for the integration of migrants, refugees and asylum applicants into labour markets, please have a look here at our Finland Chapter in our WP2 Report (pp. 193-242).

Authors of the Finnish Report are Ilona Bontenbal and Nathan Lillie – University of Jyväskylä.