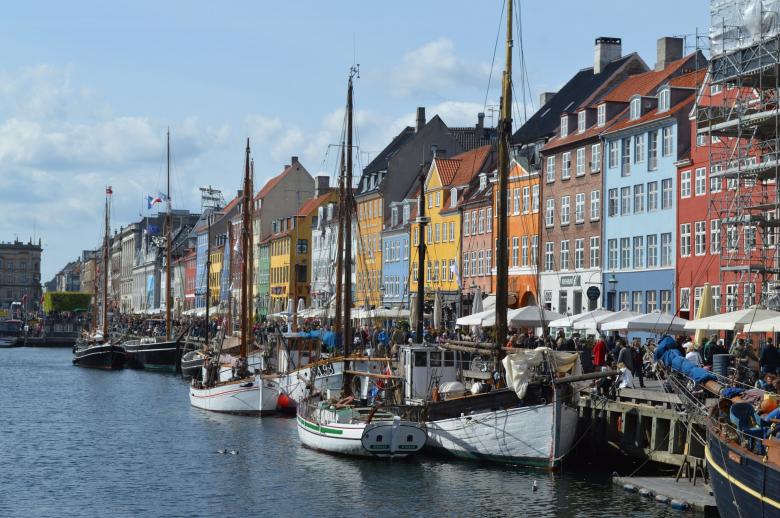 First, migrants in general and refugees (and their family members) in particular are considered to be a potential burden to the Danish state and its resources. This perception is often premised on the assumption that migrants lack the skills and qualifications that could be an asset to the Danish economy (and society). Many Danish stakeholders (employers, ministry representatives, labour union representatives, etc.) also maintain this perception by ignoring the gains of employing migrants. This perception in turn ensures that the ‘employment first’ logic serves as a means of allying the fear that a certain group of migrants may drain the resources of the Danish welfare state. Yet, at the same time, instead of promoting labour market integration, the negative connotations from the ‘burden framing’ works as a barrier to migrants’ labour market integration. While this requires long-term strategies, we recommend that concrete measures are taken to change the underlying perceptions that inform the public and policy-oriented discourse on migrants in Denmark. Perceptions, we argue, should be informed by facts and instead of the often-securitized image of the migrant, Danish citizens need to be exposed to witness accounts in the Danish media of everyday, normalized interactions between migrants and Danish families. Furthermore, the general public should be better informed about the skills and qualifications migrants hold and their potential to contribute to the host community.

Second, our discourse analysis reveals a stakeholder assumption that being employed in a Danish workplace will ensure migrants’ substantial integration into Danish society. However, our literature review, as well as our interview data, reveal that migrants are often considered to be incompatible with the professional and social norms of the Danish workplace. This perception admittedly may discourage potential employers from hiring migrants, and based on our interviews, it would seem that the financial incentives employers currently receive for employing migrants might not be enough as long as these incentives are not accompanied by additional policies and services that ensure the necessary level of Danish language skills and social integration. Again, as we argue above, a change in the discourse is essential in this regard, as the current focus on migrants as an economic burden to the Danish welfare state influences the perception of migrants as being a burden in all aspects of life in Denmark. To this end, Danish language courses can play an important role in providing migrants with the linguistic skills to culturally integrate into the Danish workplace. However, in February 2018, the Danish parliament approved a new tax agreement that resulted in the termination of free Danish language courses for newcomers to Denmark. While these courses remain highly subsidized, we recommend the re-introduction of free language courses as a way of encouraging migrants to develop a (language) skill that is essential to their labour market integration in Denmark.

Third, from a policy perspective, the fear that migrants may become a burden to the Danish state also induces a certain unnecessary urgency in the manner in which they are integrated into the Danish labour market. Consequently, there is very little consideration of migrants’ agency or aspirations. Instead, simply having a job (irrespective of whether it is the right job) is considered synonymous with integration. To be sure, this narrow conception of integration overlooks the multifaceted-ness of the process of integration. However, since 2015, this limited understanding of integration has continued to inform most efforts geared towards the labour market integration of migrants in Denmark. Within state institutions and municipalities best practices are often those that attempt to navigate around the ‘employment first’ policy focus and instead attempt to ensure that migrants are ‘matched’ with the right job. Currently, the Ministry of Higher Education and Science has a mechanism in place for the assessment of non-Danish qualifications. However, Danish municipalities, bearing the primary responsibility for integration of migrants into the labour program, are required to follow the ‘quickest’ path to employment. Meaning, they are unable to wait with an assessment of a migrant’s qualifications before ‘matching’ said migrant with the right job that matches her/his skills and experience. Instead, they are required to ‘match’ migrants with any job. We therefore recommend allowing municipalities the time to adequately assess the skills and qualifications of migrants prior to integrating them into the Danish labour market. This, we believe, will assure that migrants will be able to fulfil their potential in terms of contributing to the Danish economy and society.

Fourth, seeing that inherent prejudices and pejorative assumptions about migrants’ professional skills, qualifications and cultural differences also present barriers to their labour market and workplace integration, a change in discourse in terms of who bears the primary responsibility of ensuring successful integration is also necessary. To this end, while integration is often viewed in terms of the tasks and criteria that migrants are required to fulfil, it is also important to recognize the responsibilities of employers who should not just hire more migrants but also assist them in navigating the social and professional norms of a Danish workplace. Accordingly, based on our interviews, we recommend the provision of a framework that assists employers in the process as this would be a promising initiative.

Financial incentives in the form of subsidized employment programs have proven to be a powerful tool for getting migrants into employment as has a reduction in benefits for refugees, family and labour migrants. However, one should be aware that a reduction in benefits also has a detrimental impact on the well-being and general integration of immigrants who receive and often depend on social benefits. We therefore recommend other means of assisting migrants into employment (other than a reduction in benefits). Eased access to family reunification for all types of migrants shows prospects in this regard, as the process of family reunification or of not being able to be unified with one’s family has shown to have a negative impact on the labour market integration of refugees.

In the end, these are all but recommendations in a political environment context in Denmark that is overtly hostile to the presence of migrants in Danish society. These recommendations are also geared towards ensuring migrants’ substantial integration into the social, economic and cultural fabric of Denmark. Denmark has moreover seen a recent policy shift whereby its integration strategies are now premised on the expectation that refugees will eventually be returned to their home country. This shift was further institutionalized by a ‘paradigm shift’ asylum bill passed in parliament on the 21st of February 2019 that changes focus from “integration to future repatriation” (The Local, 2019). As this bill, far more clearly, communicates to refugees that their stay in Denmark is temporary, in the current political climate, the above-listed recommendations may not be feasible. However, before they are implemented, there needs to be a far more foundational rethinking and reframing of the manner in which migrants in general and refugees in particular are conceived of in terms of their place and role in Danish society. Here we urge policymakers to recognize that migrants will continue to have a presence in Denmark. The policy focus should therefore be primarily on how best to integrate migrants in Denmark, not least in compliance with international laws and conventions that protect the rights of migrants.

If you want to know more about the Danishpolicy barriers and enablers for the integration of migrants, refugees and asylum applicants into labour markets, please have a look here at our Danish Chapter in our WP3 Report (175-247).