Administrative Detention in Italy: far from being a measure of last resort in migration governance 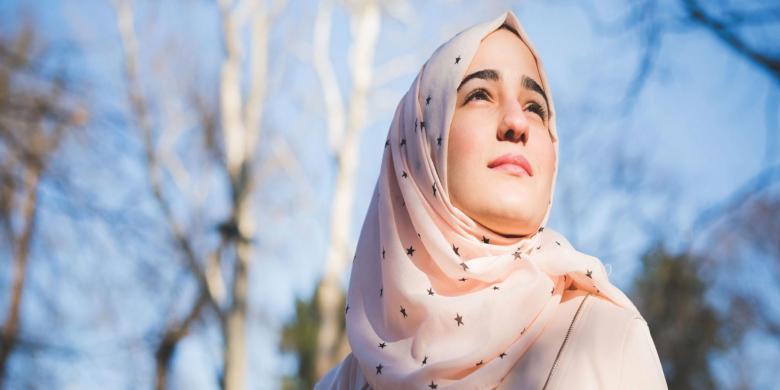 Directive 2008/115/EC was introduced in the European Union to level out national return immigration policies and create a body of common procedures throughout the member states. However, Italy roughly absorbed the “Return Directive” into its domestic system only in 2011, just to avoid the infringement procedure, showing little to no compliance with the Union’s objectives and ambition. The directive amended, even if only partially, the Unified Text on Immigration, Legislative Decree 286/98, that has already been modified many times in the last twenty years, resulting in a patchwork of laws that increase the disharmony and incoherence of the system. However, its application raised many questions and opened a debate on the constitutional legitimacy of the law.[1]

Among its main features Directive 2008/115/EC aims to assert that forced removal is be considered a measure of last resort, to be used only when the immigrant is deemed a danger to public order and security.[2] Hence, as a general rule, migrants should be granted a term for their voluntary departure, unless a return decision is issued by the Prefect[3] as a consequence of the migrant being considered a dangerous person. As an obvious consequence and as stated in the directive, recourse to detention is legitimate only when less coercive measures cannot be adopted.

Before the transposition into Italian law of Directive 2008/115/EC, pre-removal detention was essentially automatic, and could be used whenever “transitory circumstances prevented the immediate enforcement of the removal of immigrants”. Nowadays, the use of detention must be validated by a judge and justified by the risk of absconding or by the social dangerousness of the immigrant. In the absence of these features, the police should instead resort to one of the alternative measures to detention envisaged by Italian immigration law, including: passport surrender, house arrest or forced residence in a given place, obligation to report to the police on a regular basis.[4] The risk of absconding and social dangerousness should be evaluated “case by case”, but many studies have proven that Prefectures justify their assessments of these criteria by using standardized forms that simply cite the body of law, without conducting any further investigation.[5] Furthermore, Italian immigration law has greatly expanded the discretion attributed to immigration law enforcement agencies in defining what “risk of absconding” is by deliberately introducing risk indexes[6] that cover such a wide range of circumstances that immigration law enforcement agencies are essentially free to adopt the most coercive measures whenever they wish.[7] According to Italian immigration law, as provided for by Article 13(4bis), Legislative Decree No. 286/1998, the ‘risk of absconding’ is to be assessed by the Prefect by determining the presence of one of the following elements: a) lack of valid passport or other similar document; b) lack of documentation attesting to the existence of an address where a migrant can be easily reached; c) having previously given false personal information; d) not having respected the deadline for voluntary departure; re-entered the territory of the State after having been expelled, despite an entry ban; having breached the order of detention or the measures alternative to detention or one of the control measures issued pending the voluntary departure.[8] The most common situation in which the return decision is justified on account of the migrant’s ‘social dangerousness’ is the one provided for by Article 13(2) of Legislative Decree No. 286/1998, according to which the Prefecture may order the return of those who, ‘according to factual evidence’, could be considered as committed to illicit trades, or are otherwise surviving on the proceeds of criminal activities. This definition of ‘social dangerousness’ is provided for by the Italian Consolidated Law on Public Security, to which immigration law explicitly refers.[9] Of course, the adoption of such coercive measures must be validated by a judge, but the judicial review process is not particularly effective in limiting the discretion of law enforcement agencies.[10]

As a matter of fact, the assessment of the risk of absconding made by police is hardly ever questioned by the Judge of Peace[11] during judicial hearings. As proof of this, the judge’s decisions are generally poorly motivated and simply refer to the evidence produced by law enforcement bodies, without making any sort of contribution, therefore the hearings result in a procedure that appears to be functionally oriented to only confirm the detention ordered by the Prefect.[12]

Simply said, the Judges of Peace appear to act as “validation machines.” Any differences among the Judges’ decisions depend mostly on whether the lawyers presented a substantial and convincing legal argument.[13] Consequently, even though the Return Directive has called on States to use administrative detention only as an extreme measure and promotes voluntary departure, Italy makes a systematic use of administrative detention.[14]

To better understand as to why this happens, we must look at the features of the judicial body that the Italian legislator chose to be competent in the matter of administrative detention: the Judge of Peace. This judge does not belong permanently to the Judiciary but performs its judicial function only for a specific period of time and is paid depending on the number of hearings held. Its natural jurisdiction concerns honorary and conciliatory justice, in other words, minor disputes, while it is normally the ordinary judge who holds jurisdiction over the matter of personal freedom, as established by Art. 13 of the Constitution.[15]

Experts have argued that the Italian legislator has willingly violated constitutional guarantees, drawing a line between citizens and irregular migrants, by assigning jurisdiction of a complex matter such as immigration to judges who, simply put, aren’t competent enough and should not be able to decide on important matters such as personal freedom.[16] Additional evidence of this can be found in proceedings of the hearings. Validations of detention orders usually are quickly issued, after a generally fast and impersonal hearing.[17] Research conducted by legal experts has also shown an overall weakness in the defensive strategies used by legal representatives: in 29% of hearings held in Bari, and 39% of hearings held in Bologna, lawyers did not present any arguments in support of their clients.[18] Furthermore, the majority of detainees interviewed during these studies explained that they had only met their lawyer on the day of the validation hearing. Likewise, a significant number of attorneys have confirmed they are informed about hearings only a short time before they take place and as a result, there is little to no time for case preparation and sometimes there is not even the chance to talk with the client before the hearing.[19] Lack of access to legal information and complex Court processes further impede upon the extent to which undocumented migrants can actually apply for voluntary departure and attain an effective remedy.

Studies have suggested that detention’s validations by Judges of Peace are more frequent in places that host Repatriation Centers (CPR -Centri di Permanenza per il Rimpatrio). In cities such as Bari, Turin and Rome, Judges of Peace are more likely to validate the Prefect’s order of expulsion and detention, whereas in cities where there are not detention centers such as Bologna, non-detention measures prevail[25]. Furthermore, during proceedings concerning detention extensions, it has been noted the persistent absence of the immigrant to its own trial, as per decision of the Judge of Peace.[26] This can be only seen as a dangerous practice that undermines the immigrant's right to defense.

To ensure the maximum protection of personal freedom, art. 15, par. 4 of the Return Directive provides for the immediate release of the migrant when “there is no longer any reasonable prospect of expulsion”. However, this provision is yet to be incorporated into Italian legislation and there are systemic problems with its application.[27] Rates of deportation enforcement however have always been conspicuously low, and the percentage of migrants effectively removed has always remained below 50% of those taken into custody. In 2019, of the 2.267 people that were held in administrative detention, only 39% were repatriated.[28]

These data call on us to raise the question as to whether there is any sort of legitimacy to administrative detention when a link between detention and repatriation is lost and the former is upheld independently.[29]

[2] Council Directive 2008/115/EU of the European Parliament and of the Council on common standards and procedures in Member States for returning illegally staying third-country nationals. Office Journal L348/98, 24.12.2008.

[3] The Prefect is the representative of the Government at the provincial level, where it coordinates the activity of the public administration. The Prefect is appointed by decree of the President of the Italian Republic, adopted on the basis of a Council of Ministers deliberation and of a Minister of Interior proposal. The prefect exercises at the provincial level all the State’s administrative functions that are not expressly excluded by law.

[6] E.g. references to the need to protect national security and to the concept of ‘social dangerousness’ provided for by criminal law, Cfr. G. Campesi, G. Fabini, Immigration, cit., p. 56.

[11] This Judge will be discussed further in the text.

[20] Any appeal must be submitted within thirty days from the notification of the expulsion order, or within sixty days if the appellant is not in Italy. The appellant is entitled to legal aid and an interpreter.

[23] Being the Court of Cassation a higher court only lawyers known as “cassazionisti”, lawyers enrolled in the national register of “Avvocati Cassazionisti”, can plead in front of it.

[25] This prejudice is linked to the image of migrants that law enforcement bodies project of migrants through their indexes and especially to the general political discourse promoted by far-right parties, Cfr. A. Ogada-Osir, E. Roman, U. Stege, M. Veglio (2014), ‘«I am eighteen, why am I inside here?» A reflection upon the detention and criminalisation of migrants under Italian administrative law’, Ameriquests 11(2), 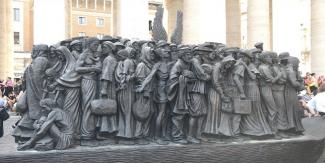 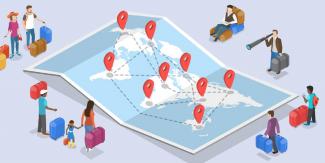 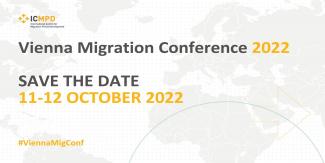