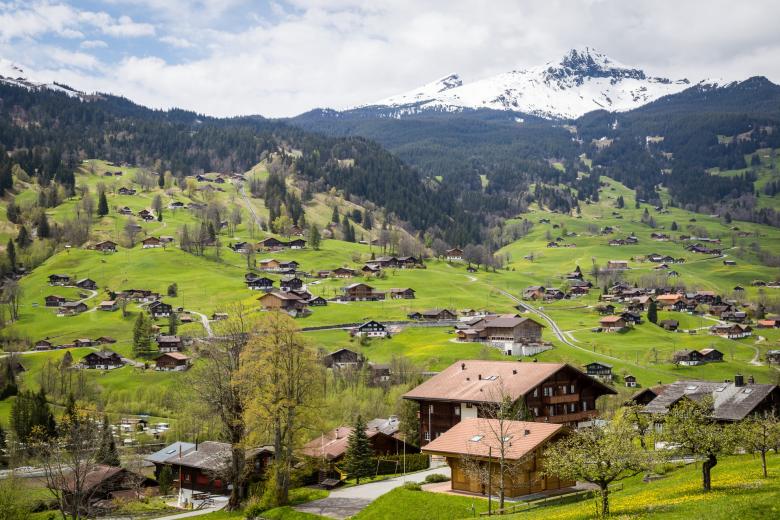 The Swiss report identifies and critically analyses the policy factors that facilitate or hinder the access and integration of post-2014 migrants, refugees, and asylum-seekers (MRAA) into the domestic labour market. It further offers a more up-to-date analysis of the institutional and constitutional framework regulating their integration.

Some facts
Historically, migration has played an important role in the Swiss economy; foreign population recruitment has contributed to the economic growth of the past century. Today, Switzerland is widely recognised as a country of immigration. At the end of 2017, the foreign resident population of Switzerland was 2,053,589. Around 70% of the permanent foreign resident population came from EU-28/EFTA states. The main reason of 47% of those entering the country in 2017 was to take up employment. Examining the history of migration policy in Switzerland reveals that the country has driven active economic recruitment policies, opening doors to foreign labour forces when needed while being quite restrictive in its integration and naturalization policies. The evolution in Switzerland's selective regime of migration and mobility is crucial to grasp how enablers and barriers to MRAA labour market integration are shaped and conditioned.

The policy context
Today, the policy framework of immigration and asylum in Switzerland faces important changes. The desire to reduce the impact of migration on the cost of social assistance, combined with the needs generated by the shortage of qualified personnel in certain sectors, has led to significant changes in the policy for the integration of migrants into the labour market over the past few years. As our examination of existing policies shows, the Cantonal Integration Programmes (CIP) brought forward by each canton in Switzerland, following common objectives, have demonstrated the advantages of developing integration policies that take a similar direction. The cantons enjoy a high degree of autonomy in developing and implementing their integration policies, which allows them, in cooperation with their towns and communes, to tailor their integration support efforts more closely to their structures and the needs on the ground. However, differences among the cantons persist. Efforts to adapt framework conditions from the ordinary structures to allow diverse groups of migrants to benefit from their services differ according to the cantons or structures. Our review of key policies and services for migrant labour market integration shows that the integration of migrants into the labour market, and more particularly the integration of refugees, provisionally admitted persons and recently arrived young persons, is an increasingly important element in policies. The number of pilot projects demonstrates a willingness to find the best ways to support this integration while taking into account the diversity of these populations. The increasing diversification of the type of actors involved in programmes and projects, as well as in policy development, illustrates that their commitment to the theme is increasingly important. Such commitment is a key element in promoting the labour market integration of migrants, as we have seen in the analysis of public discourses. There also seems to be a gradual improvement in policy support. From our interviewed population, the refugees who arrived in 2008 were the least satisfied with the support to which they had access. Despite overall progress, integration support will continue to face major developments and challenges, as our analyses in work package 3 demonstrate.

1. 'Opening up' existing structures to diverse beneficiaries and actors. Integration happens at all levels and in all aspects of society. However, anti-migrant discourse – owing not least to the recent refugee crisis in Europe – has hindered government agencies and civil society stakeholders from taking a more inclusive stance towards the migrant community. This can lead to all kinds of unequal treatment. Indeed, most of our interviewed actors, policies and projects have emphatically stressed the need to take into account the diversity of the problem and the diversity of the population. Considering the evolution of integration policies and services, almost all stakeholders agree that what is required for improving support to MRAAs is to open up public authorities and foster better collaboration with external actors.

2. Combating gender inequalities. Considering 'gender variability', almost all stakeholders agreed that women require more attention and support from the cantonal integration services. Migrant women face more obstacles to integrate into the labour market; a different culture can represent more of an obstacle for women compared to men. Addressing gender inequalities and mainstreaming gender considerations into support services for MRAAs should become a policy priority if a more inclusive labour market is desired.

3. Earlier integration of individuals from the asylum domain. Asylum-seekers should be given the opportunity to participate in employment programmes and learn one of the national languages as soon as possible. They can thus make a contribution to the local community and, at the same time, benefit from a clear and well-structured daily routine. The state should demand a commitment to integration. However, state-led integration support is only one factor among others. These efforts cannot, and should not, be seen as a cure-all. Successful integration will only be possible if it is seen as a responsibility for us all: newcomers, the local community, social partners and government authorities alike.

4. Enhancing the role of the communes. Towns, cities and communes have a vital role to play in migrant integration issues. More specifically in the context of a federalist country governed by the principle of subsidiarity and where important spheres for integration, such as education and social welfare, are largely a communal responsibility. Yet, it takes time for integration services such as information, counselling or tuition to become embedded at the local level. At the same time, implementing a real individual case management not only for migrants from the asylum framework and enshrined in a coordinated system where different institutions collaborate side by side remains a goal to achieve.

What can make a difference
Our interviewees and analyses have picked out as successful policy factors and key enablers facilitating MRAA labour market integration the following: the individual and personal assistance services (case management) operated by certain cantons; the VET system; and the services assessing MRAAs' potential for integration. Positioning assessments like those implemented in Geneva recently are presented as promising as they allow migrants to be actors of their projects and gain self-confidence. Overall, the future implementation of the Integration Agenda in 2019 seems to represent a major push capable of developing certain opportunities and offering a case management service to a growing number of refugees and temporarily admitted persons. The binding nature of the Integration Agenda should also reduce regional differences in integration policies. The number of policies and services put in place or reviewed in recent years shows that we are undergoing a transformation and paradigm shift in the area of the labour market integration of migrants. If things start to settle down slowly, proper functioning with measures accessible to all can take time.

If you want to know more about the Swiss policy barriers and enablers for the integration of migrants, refugees and asylum applicants into labour markets, please have a look here at our Swiss Chapter in our WP3 Report (463-563).