Social partners play a critical role in defining the nature and norms of the labour market in Denmark due to the entrenched collective bargaining system and the involvement of labour unions and employers’ organisations in the formulation of activation policies. In our research we have scrutinized the role of social partners and their perceptions of enabling factors and barriers faced by migrants, refugees and asylum applicants in the Danish labour market.

The cohort of social partners represented in our research included both employees’ and employers’ organizations as well as civil society partners who play a consultative role in the formulation and implementation of labour market integration policies.

Labour unions as well as confederations of employers represent the needs and priorities of their members. Employers’ organisations are thus largely concerned with ensuring that Danish employers have access to the needed labour force, especially since many industrial sectors in Denmark are faced with severe labour shortages. The Danish integration strategy for refugees and family migrants of ‘work first’ can, in this regard, be seen as increasing the (qualified) labour force available to Danish employers. However, the more recent and newer ‘paradigm shift’ in Danish migration and integration policy, which shifts the focus from integration to future repatriation, has led to social partners expressing serious concerns, as this ‘newer’ policy can lead to a shortage of workers in key sectors.

A small cohort of labour unions and employers’ organisations, often operating in high-skilled industrial sectors, also perceive migrants’ labour market integration as a form of talent/skills mobility and consider the presence of migrant workers as a means of ensuring that certain sectors of the economy remain in the country. That said, both employers’ as well as employees’ organisations are highly concerned about the threat of social dumping and the extent to which the presence of migrants in the Danish labour market can potentially create a pool of cheaper and easily exploitable labour force that would in turn lower the wages of Danish workers. Few social partners also questioned the general efficacy of labour market integration policies and questioned the extent to which employment is able to ensure the substantial integration of migrants, refugees and asylum seekers into Danish society. This is especially the case when the immigrant is confronted with other obligations – such as attending Danish language classes and meetings with municipality officials – and, if the immigrant is not seen as a whole person in his or her own right, with aspirations, social desires, and a family life to attend to.

Moreover, cultural barriers, for instance, perceived differences in norms, as well as language barriers were mentioned by our interviewees as some of the challenges for successful migrant labour market integration together with a stigmatizing political environment: Whereas language training, skills matching services and networking initiatives were among the enabling factors brought forward by social partners we interviewed.

Given the role of social partners and their loyalty to their members, we recommend an (enabling) role of said partners in regard to labour market integration that, while in keeping with the interests of their members, aims to discursively alter their positionality vis-à-vis migrants, refugees and asylum seekers. For one thing, as social partners that are concerned with social dumping, such organizations should reconceive their role as being not just in the interest of Danish employers and Danish workers. Instead, one could argue, by actively combating social dumping they can also ensure that MRAs do not become a population that is easily exploited in the Danish labour market. Second, while many employers’ organisations are keen to use migrants and refugees to counter labour shortages faced by several Danish industrial sectors, one should not simply assume that being employed would ensure migrants and refugees’ substantial integration into Danish society. Instead, as was recommended by a representative of the employers’ organisation for landscape constructors we spoke with, employers hiring migrants and refugees should be given greater responsibility as active facilitators of their integration, not just in the workplace but also into Danish society in general. This should be done in dialogue with migrant/refugee organisations and representatives in order to ensure that migrants and refugees have agency and are equal stakeholders in determining the trajectory of their integration into Danish society.

If you want to know more about the Danish social partners role in the integration of migrants, refugees and asylum applicants into labour markets, please have a look here at our Denmark Chapter in our WP5 Report (53-77). 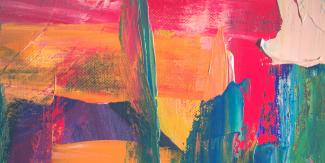